How Virtual Reality and Augmented Reality are Revolutionizing Digital Marketing 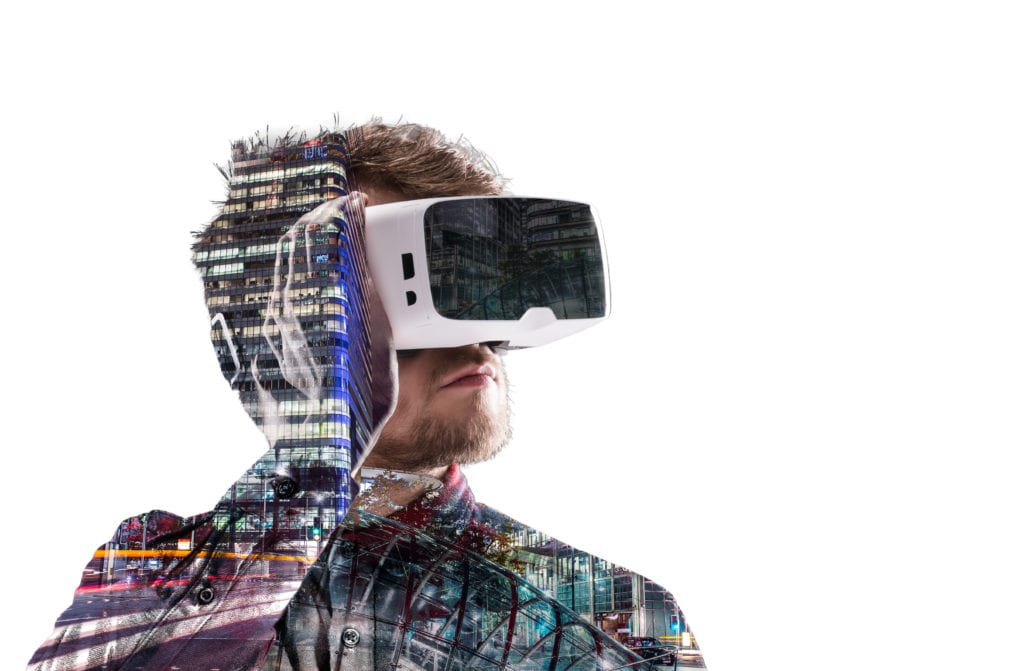 The future is here. Virtual reality and augmented reality have been blowing minds in the world of gaming for some time now, but there’s a lot more to these cutting-edge technologies than just letting you outrun zombies in a post-apocalyptic world. VR and AR have many other applications – particularly in business and digital marketing.

In fact, these two technologies are already changing the face of both inbound and outbound marketing approaches. Although still quite young, the VR industry got real in 2016 – to the tune of $1 billion. By 2020, the industry is expected to reach $30 billion, while AR is projected to reach $90 billion by the same year, according to Digi-capital.

Large brands such as Coca-Cola and McDonald’s are already using VR to create successful campaigns, while Facebook, Samsung, and Google are also betting on VR.

While we all know what virtual reality is – – an immersive experience where an artificial environment is presented in such a way that it feels and appears like a real environment – many people aren’t as familiar with augmented reality. So here’s a quick primer.

Augmented reality is the view of the current world as we see it, with three-dimensional information layered on top of it. A good example is the smartphone app, Pokémon GO.

Why are VR and AR marketing campaigns successful?

Marketers face a lot of problems when it comes to consumer engagement and awareness. VR/AR helps solve these issues for several reasons.

First, VR and AR are still novel technologies. At this particular moment, consumers are more likely to remember VR/AR marketing campaigns because a relatively small number of companies are creating them.

Second, companies that use these technologies have an opportunity to completely immerse their customer in the experience they want to create. You might remember seeing this in action during the heyday of Pokémon Go, when people were running into each other and onto private property, and creating unprecedentedly massive crowds at landmarks – all because they were trying to catch a rare Pokémon.

And third, VR and AR can be used to give consumers a much more vivid feel for products and services than was ever before possible.

So how are businesses using these technologies to create effective, memorable marketing campaigns? Here are a few examples.

In 2015, Poland saw a novel change in the Coca-Cola Christmas commercial. Coca-Cola created a VR sleigh ride using Oculus Rift. Thousands of people immersed themselves in a virtual world where they got to be Santa Claus for a day.

There was no better way to release the upcoming Star Wars movie than in a 360 VR fly-through experience. The campaign was created in partnership with Verizon, and was on view at Verizon locations during November of 2016. The video lets you feel like you’re inside an X-Wing during an epic battle.

By far the most ambitious VR campaign we’ve seen yet is Marriott’s Teleporter – a virtual reality machine that combines video, sound, and sensation to transport users to different destinations.

Wearing an Oculus Rift headset, users can visit a high-end hotel in London and a beautiful beach in Maui, feeling everything from the sun on their faces to the wind in their hair. The Teleporter traveled to different Marriott locations for eight weeks in the fall of 2016, garnering major media coverage all along the way.

We’ve already found this with our own clients, as we’ve been exploring options for incorporating VR/AR into our own work. You may not be ready to start work on a Teleporter, but there are lots of ways to use VR/AR in your marketing plans.

Here are a few options.

Nothing offers full interaction than a 360 video. The video can be watched from a smartphone, a laptop or a VR gear/headset.

Since the technology is very new, 360 videos are getting more attention than regular videos. The 360 video can be used for branding purposes, tours, and immersive interviews – and really, any other kind of content you can come up with.

VR apps have been the new kids on the business block for quite some time now. They are ‘now’ technologies being used by new and existing companies to open opportunities that previously weren’t possible.

A good example is the automobile industry, where companies create a VR experience in the showroom. Clients can walk around, look at cars and even take a test drive without shifting position.

Another good example is Sony’s app that allows you to experience walking on the rope stretched in amongst the Word Trade Center towers. Also, Dippin’ Dots–the ice cream chain–integrated AR into its loyalty app to allow customers to make it rain Dippin’ Dots in its stores.

Brand Google Cardboard for your customers

Have you thought about using the most popular and affordable VR headset to your advantage, like McDonald’s has?

With a 360 video, your company can double the brand experience through branded Cardboard viewing. Also, you can go the way of The New York Times and give away branded Cardboards on which your customers can view the content you release later.

VR games provide a vast opportunity to support your brand and customer engagement.

The VR game can be a simple arcade, where customers can earn points they can use to redeem discounts or an advanced game that completely immerses players in your brand – like IKEA has done. With the IKEA VR experience, you can walk in the fully-furnished IKEA kitchen, open doors, explore the space and even cook their famous meatballs in the VR kitchen.